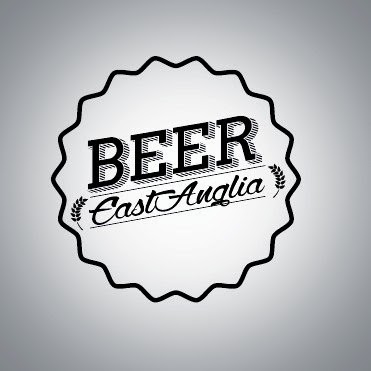 In the beginning there was the Good Beer Guide.

This fine book is an accomplished record of where you can arguably buy the best real ale in the country. A compilation of possibly the finest pubs in the United Kingdom where you can drink some of the best kept cask beer that can be found.

But do you only drink real ale?

In April of this year, those esteemed bloggers and authors Boak and Bailey reminded us of Pub Guides on the Blogs section on their website. At the time the East Of England section was looking a little sparse as Clive Stonebridge's top Suffolk pubs and the Pints and Pubs Cambridge Pub Guide had yet to be added. There was, and still is at time of writing no listing for Essex at all. Was it that much of a beer desert?

Having been a resident of Essex all my life, I knew that this was not the case and I was determined to put the record straight. Compiling a list of likely candidates drawn from my experience of drinking all over the county I soon had a decent sized list but I wasn't sure that I was entirely happy with. They were all good pubs but I didn't want to simply re-hash the Good Beer Guide into a 'Justin's Top Ten Essex Pubs' type format, I wanted something different.

Fortunately I wasn't the only one who was feeling like this.

Just before Easter I travelled up to my parents in Suffolk, stopping at the way at the Swan in Stratford St. Mary in Suffolk, literally a stones through across the border from Essex. It's a great pub, one that really cares about beer and choice, and just happens to be managed by all-round decent chap Ed Razzall. I had previously been to the pub at the beginning of February for a particularly beery day that has been referred to both before and since as the first, and you'll have to excuse my language here, #CraftWankerDayTrip . Ed was an excellent host to what was a particularly fine day drinking some wonderful beer.

On this particular occasion, my second visit, I was at the bar talking to Ed about beer in general when I happened to mention the need for a different kind of beer guide for our area. He looked straight at me from his side of the counter and said that he had been thinking of doing the self same thing. Without a moments hesitation we agreed to pool our resources and work together to write a guide to the area that would guide the drinker to places we considered to be the best places for beer in all its forms in our respective counties. Email addresses were exchanged and we both went away to plan and think of pubs and bars that really deserved inclusion.

Ed had mentioned that he had experience in setting up a website and take care of that side of things which was a huge relief to me, but before we could start writing we needed a set of criteria which we both agreed on and which we could use to ascertain which pubs were to be featured. Several emails later we had a framework which could hang this guide on.

The pubs should include:
Local beer from an independent brewer
At least three cask beers, at least of which one should fit the above criteria
Keg beer, local if possible, but definitely not a macro-lager
A good bottled beer selection including overseas beer
A range of glassware, with the correct glassware for the beer served (optional)
Staff that care and are knowledgeable about the beer they serve


We came up with a name, Ed asked a friend to design a logo for us and suddenly it was happening and the hard work began.

Compiling a list of likely pubs is one thing, many of them were pubs that I was familiar even when I asked local drinkers for suggestions via twitter, however getting round to visiting them all, seeing if they fit within our particular limitations and then deciding how and what we were going to write were another thing entirely.

I'd never done anything quite like this before and visiting pub after pub on holidays, weekends and straight after work, being objective and inquisitive, drinking and writing is actually far harder work than it sounds. Time and again I was disappointed as pub after pub didn't meet up to the strictures we had imposed however when one did it was hard to resist, and every pub that I visited that made the grade I paid another visit to within the space of a few weeks, quality control is important after all.

Eventually, after much discussion, writing, reviewing and co-ordination, trying to fit visits around our day jobs and daily lives, we had a core of pubs and reviews that we were happy with. This was all well and good, but we wanted something more so decided to include mini-biographies on all the breweries in our respective counties with Ed taking Suffolk and me Essex. Twenty-four mini-biographies later I was done and emailed it all off to Mr Razzall, the master compiler, to begin the mammoth job of assembling the whole thing.

It may not have escaped your notice that we have called our work 'Beer East Anglia' and you may well be wondering why we haven't included Norfolk, Cambridgeshire, and even than part of Lincolnshire below the Wash that constitutes the area we refer to geographically as East Anglia. This is simply because 'Beer East Anglia' is a work in progress, in fact there will be some more content and a few 'extras' appearing over the next week or so. We want to make this as fully comprehensive a guide as possible so if you'd like to contribute a review or even feel like taking on a county and think you can write in the same style and format, applying the criteria we have then please get in touch with either Ed at @edrazzall or myself at @1970sBoy . The reason we have decided to release this now is that we felt it was important to set this animal free and see where the ride takes us.


I hope you enjoy what we have done, so without further ado we give you:

We'd love to know what you think of our guide, the pubs we have chosen or anything else connected to it, but most of all we hope you use it and enjoy it for what it is, a guide for the discerning East Anglian drinker.