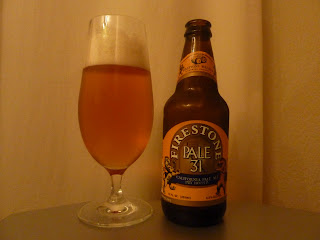 Life. Funny old game isn't it?
The journey of idea to beer to glass can be an interesting one. Brewers take their inspirations from a variety of sources. Notions, dreams, paintings, snatches of overheard conversations can all plant the seed that leads, sometimes many years later, to bloom into wonderful examples of what happens when you combine four basic ingredients: water, malt, hops and yeast.
Similarly drinkers can experience similar epiphanies. I had one with Firestone Walker, and how I managed to get three different beers into my fridge.
It's all CAMRAs fault.
Them and their GBBF. Oh, and twitter too.
Planning to go to this years Great British Beer Festival, back at Olympia - by far my preferred venue - after its brief flirtation with Earls Court, I was keen to explore which beers I could expect to find there. Looking at the website was fine, but it was just a bit basic. The international beer bars have provided a increasingly interesting diversion at many recent beer festivals and I looked at the list posted with some real anticipation. This is where twitter came in. I wasn't fortunate enough to have tickets for the brewers day on the Tuesday, but had planned a trip for the Wednesday - with my wife I hasten to add. It was our wedding anniversary after all, and my wife is very partial to hoppy and golden ales, as well as claiming most of the wheat beer bought into our house, but I digress.
Twitter (if you've been following this so far) provided a willing procession of Tuesdays attendees willing to furnish me with ideas and suggestion for what I should try and what was on where, for which incidently I was very grateful, not only for cask ale but also for beer of the bottled variety.
The name that kept cropping up in nearly every post was of course Firestone Walker.
These were beers I'd heard about, read about and daydreamed of tasting.
So on the Wednesday after some wonderful beer tasting (I can still taste the Emelisse - Imperial Russian Stout(Ardbeg) if I think back to it) I wanted to buy some bottles to take home.
Going up to the bar I spotted  Firestone Walker beer. And not just one, three different ones!
My heart beat a little faster I admit.
These were duly purchased and if you want to know what the other two were, well, I'll be reviewing them soon enough.
Incidentally, as these were bought I had a tap on the shoulder from a chap who asked me if they were any good. I replied that I'd heard they were, so he bought some too. Chatting for a while it transpired he was in the process of setting up a new London brewery. With Mr. Des De Moor in the house I took him over and made the introductions. If only I could remember what the brewery was called I'd love to know how they are getting on.
Back to the beer.
Back to tonights beer.
Pouring a clear light amber with a thin white head, it has the most wonderful aroma of fizzy lychee sherbert with creamy mango and a touch of white grapes covered in cream. I know that sounds faintly ridiculous, but it really is all fresh and zingy. Prickly and fizzy over the tongue there's more creamy mango fused with white pepper and sprinkled with a little grapefruit peel. I love the way that beer sometimes gives up flavour combinations and notions that are impossible in food reality. For a 4.9% abv beer this sure packs a punch but it's enclosed in a velvet glove here for it's beautifully smooth and elegant. The finish is all dry pepper, grape and lychee with the merest hint of pine. It simply purrs.
What an introduction to Firestone Walker beer.
If this little beauty (and sadly little it is, coming in a 355ml bottle) is anything to go by, then I may be in for a couple more treats yet.
I'll drink to that.